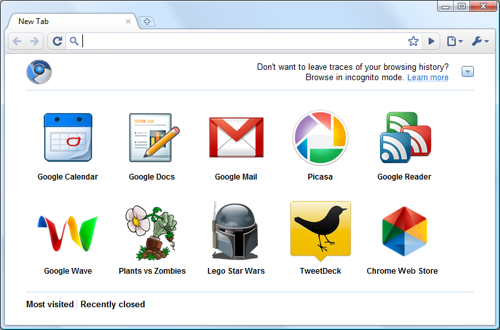 The Chrome Web Store is simply a marketplace that will make it easy for users to find the powerful web apps that are already available today. In the future this will be important as web apps are exponentially increasing in availability and it’s increasingly hard to find the best of the best.

The Chrome Web Store is going to be tremendously beneficial for web app developers as it brings the popularity of the “App Store” to the web, giving developers an easier market to produce their apps for. The big thing here is that developers will be able to charge charge for their apps.

Of course this won’t be much different than a user signing up to use a specific web app, except that it will be within an organized marketplace with reviews, ratings and other additional benefits — not to mention that the purchase process will be much easier for users which in turn opens a stronger revenue possibility for developers.

You’re probably familiar with Chrome OS or as least have heard of it. The Chrome Web Store will be available within this specialized OS, making it something even more powerful and certainly a technology to keep an eye on as it develops. It will potentially be a solution within the next couple years that has the capability of replacing traditional desktops for a large number of people, especially those who spend most of their computing time in a browser.